What is driving you?

Sometimes we can act in ways that take us by surprise.

Perhaps something triggers you and you wonder, as you look back at the event, why did I get so angry?

Sometimes you might feel inexplicably sad when you hear a piece of music or smell a certain fragrance. The brain is such a powerful computer and takes a ‘snapshot’ of every component within your traumatic memory. The colours, the weather, objects around, smells, sounds, people – and when a situation occurs later in life that is recognised as being from one of these snapshots, it makes a quick connection to it for you to be able to act accordingly.

This may mean that you are saved from doing something painful as your brain signals danger, only on this occasion it might be a perfectly innocuous situation and yet your body still goes into full on flight/fright/panic. Not helpful!

Like standing up to give a speech as an adult, then suddenly being taken over by the fear of being laughed at – because that once happened to you at the age of 6.

The good news is, we can re-wire the brain so that it doesn’t sabotage our efforts when we need to lead a normal life.

I often use the analogy of a man who was in a bad car accident, and the woman that came running to help happened to be wearing a red coat. From then, that colour was locked into his brain to signal danger, fear, accident, death, stay away, etc. He had no idea why in later life the colour red would make him feel panicky and sick. The brain had carefully stored away the visual of that red colour, along with the fear and physiological accompanying symptoms to be reproduced when alerted. Of course, the purpose of the system here is protection from harm, but it can be a little overzealous.

Another example is that of a confident, successful guy who only recently just couldn’t get in the ski lift, and his claustrophobia got worse and worse. Turns out that there was a story from his past that he did not even know he remembered, until his session with me!

He was aged about 7 and at school, when his friends decided to play ‘pile-up’ – that game where you jump on top of one another in a big pile. He found himself at the very bottom, unable to breathe. He was begging his best friend who was right on top of him for help, trying to say that he couldn’t breathe…but no words came out, and he thought he was going to die…

We worked successfully to undo this fear and reset the brain, so that this chap could go on holiday or get in a ski lift or any life without worry. He knew that the fear was from the past and just stuck in a loop in his brain.

If you want to get to the root and stop the loop of frustrating feelings and emotions, I have quick and efficient tools that will really make a difference to your life. 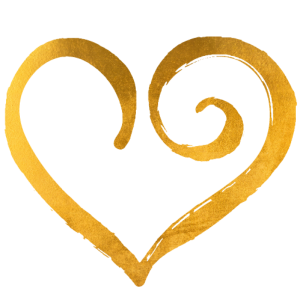 A complementary health practitioner for over twenty years, Janie loves to help people re-balance. With qualifications, training, and experience in Reflexology, Reiki, and Havening Techniques, Janie helps her clients to de-stress, relax, and relieve ailments. She practices gratitude, mindfulness, meditation and occasional yoga.

Janie Whittemore – your Reiki, Reflexology and Havening Techniques specialist for Cheltenham, Gloucester and the Cotswolds

The following disclaimers are in line with the Consumer Protection from Unfair Trading Regulations Act 2008:

Alternative healing is not a substitute for your medical practitioner’s advice but works alongside it as a complementary therapy. I advise you to continue to take the advice given by your medical practitioner. Whilst many people have reported physical and / or emotional benefits from attending healing sessions I cannot promise or guarantee any particular result. Any clairvoyance work is for entertainment purposes only and is not intended to mislead any persons in any way. Any techniques used are not intended to diagnose or prescribe and are in no way a substitute for the clients own inner guidance or consultation with a licensed health care professional. I believe in a combination of allopathic (western) and complementary healing methods.

This website uses cookies to improve your experience while you navigate through the website. Out of these, the cookies that are categorized as necessary are stored on your browser as they are essential for the working of basic functionalities of the website. We also use third-party cookies that help us analyze and understand how you use this website. These cookies will be stored in your browser only with your consent. You also have the option to opt-out of these cookies. But opting out of some of these cookies may affect your browsing experience.
Necessary Always Enabled
Necessary cookies are absolutely essential for the website to function properly. This category only includes cookies that ensures basic functionalities and security features of the website. These cookies do not store any personal information.
Non-necessary
Any cookies that may not be particularly necessary for the website to function and is used specifically to collect user personal data via analytics, ads, other embedded contents are termed as non-necessary cookies. It is mandatory to procure user consent prior to running these cookies on your website.
SAVE & ACCEPT